Who is Dylan Playfair?

DYLAN PLAYFAIR is a famous Canadian Film and Television Actor who stars as Knox in the series Some Assembly Required and as Reilly in the series Letterkenny. He was born on June 19, 1992, in Canada and is the son of former NHL player Jim Playfair. Dylan also starred in Descendants 2 as Gil. He has an account on Instagram where he has posted his videos and pictures. 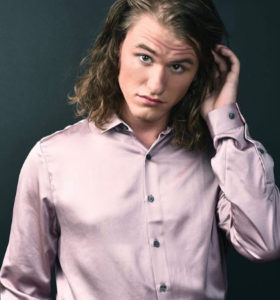